I’ve been meaning to do this post for the past 3 months – but every time I sat down to write it I struggled to do justice to this amazing city.

Two years ago I decided I wanted to go to Rome. I bought a guidebook and everything… then I bought my house. All plans for adventure had to be put on hold whilst I spent my time traipsing to solicitors, banks and building merchants. So this year, as a birthday present to myself, I decided to make it happen.
I flew out on my birthday (word to the wise: if you book a flight on your birthday, make sure it isn’t at the crack of dawn – no one remembers it’s your birthday when it’s that early in the morning!) and I got my birthday wish to stand in the Colosseum. Though I quickly learned that I’ve been calling it by the wrong name all my life – it’s proper name is the Flavian Ampitheatre. It got the nickname ‘Colosseum’ from a statue of the god ‘Collosus’ which used to stand outside the entrance. True story.

The Flavian Ampitheatre (or Roman Colosseum as it’s more commonly known)
When I showed my dad the photo above he thought it had been empty on our visit – but then I pointed out all the people stood around the edges – they’re just so dwarfed by the scale of this amazing place.
Here’s a little tip though: the Colosseum is amazing, but the Imperial Fora is something else. It’s like walking around a film set. There are literally dozens of palaces, temples, buildings and ruins which have accumulated over thousands of years. It’s mind boggling to think they were created by sheer man power alone. 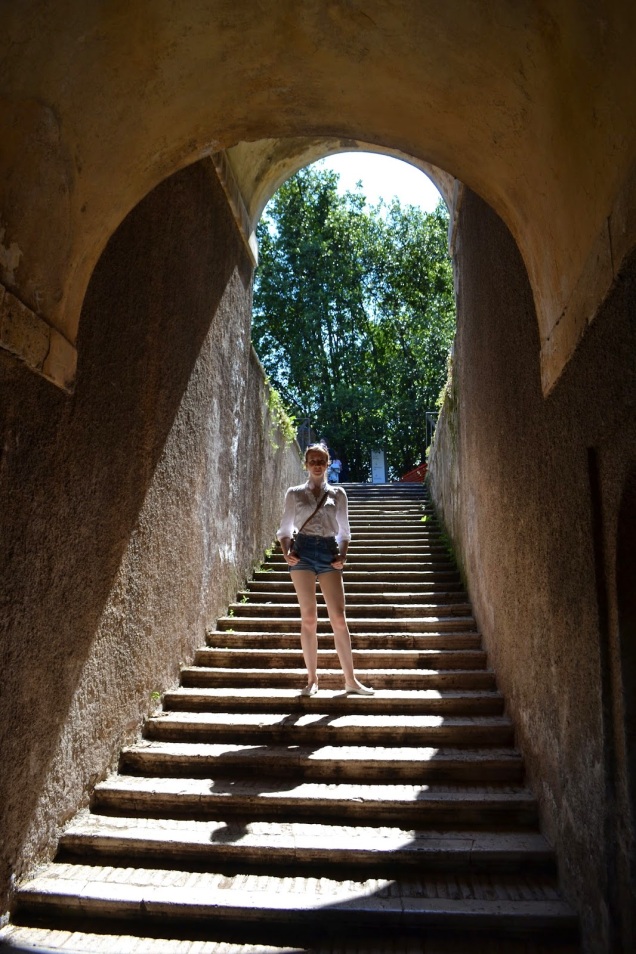 Wandering the Fora with my sister.

Skirt & Top: Zara | Sandals: Primark
The most important accessory for Rome is a pair of comfy shoes. There is a metro system but why spend your time underground when there’s so much to discover on each street? We stayed close to the colosseum – in the very lovely Hotel Duca D’Alba. (The hotels near the train station are cheaper but much further away from the historic sights.) All the main tourist attractions were within 30 minutes walk. 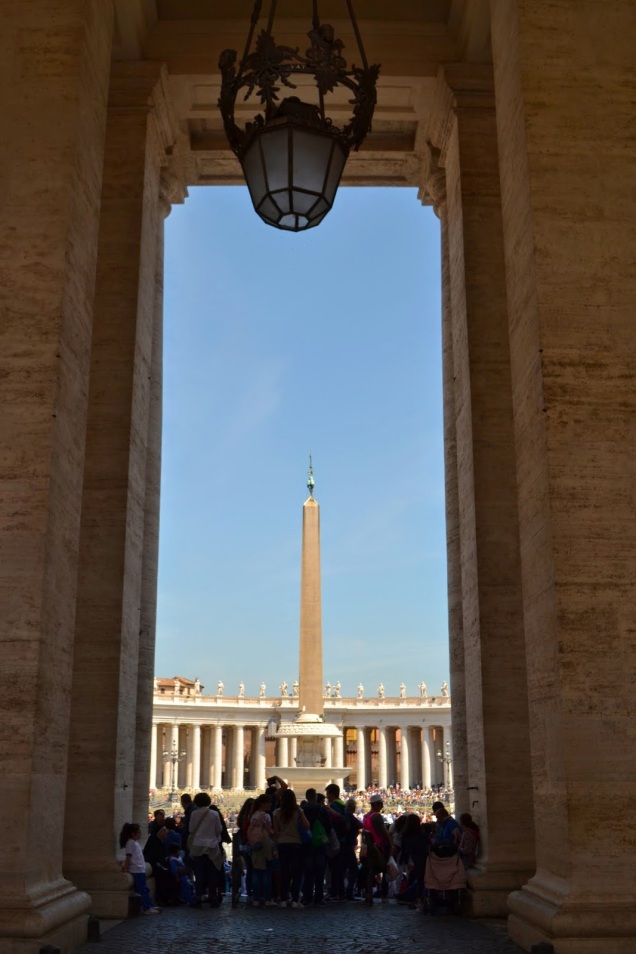 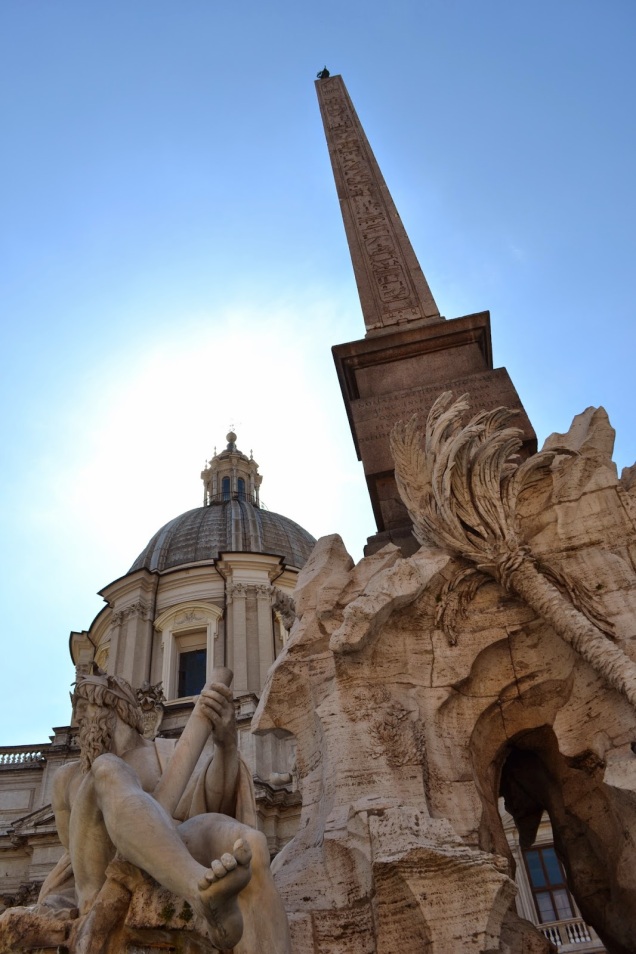 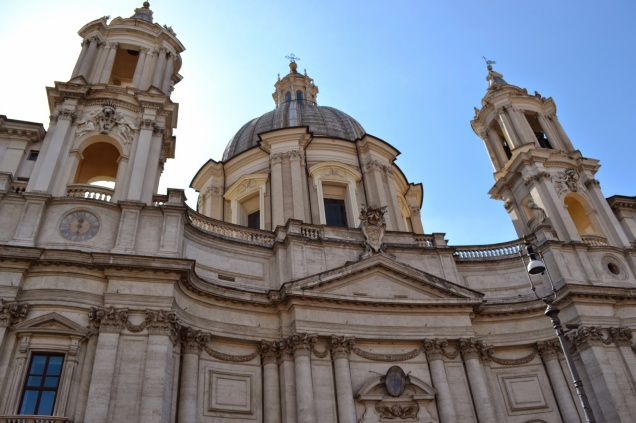 The Pantheon was by far my favourite building. When we rounded the corner and came face to face with it, the first thing my sister said about it was ‘There should be music playing, like we’re in universal studios or something.’ Standing in front of it, it really does feel like you’ve just walked onto the set of Gladiator or something.

Rome is full of amazing things to see, but it’s also shopping and food heaven. We neglected the shopping part of our trip a bit, but not so with the food. La Tavernelle, a restaurant around the corner from our hotel, kept us fuelled with pizza, pasta and award-winning Panna Cotta (seriously – you have to try it!) but the thing Rome is most famous for is the gelato.
There’s a gelataria on almost every street but very few places sell the real-deal. Most gelato is made from powder these days but you can taste the difference – look for gelato made with 100% natural ingredients. This place was my favourite – their dark chocolate and orange gelato made me the happiest girl in Rome. 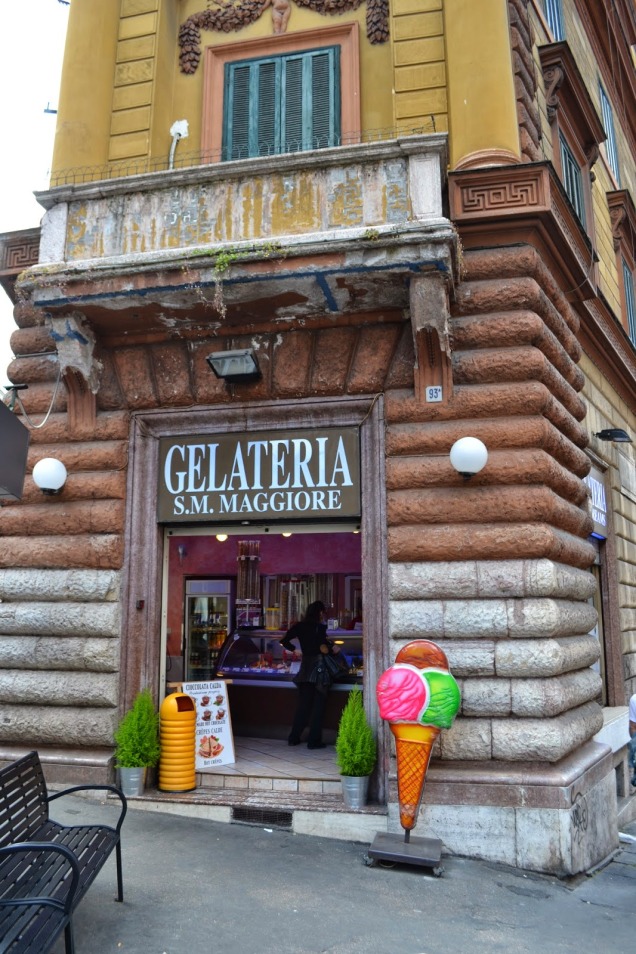 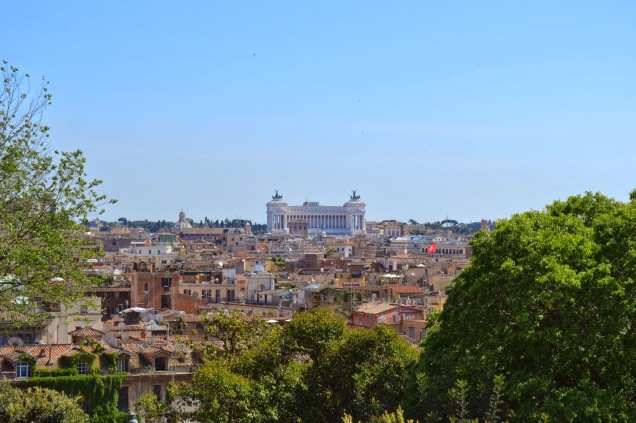 View of Rome from the Villa Borghese